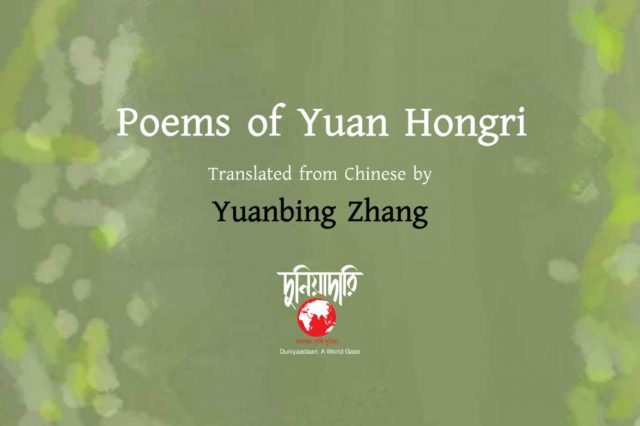 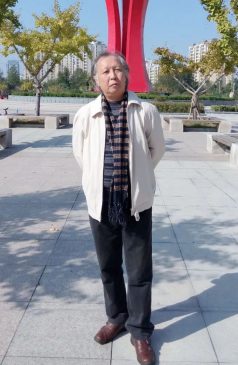 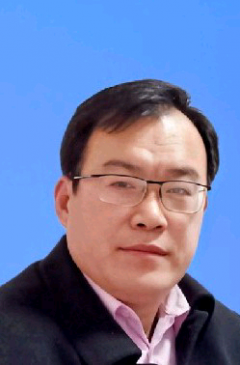 Yuanbing Zhang (b. 1974), who is a Chinese poet and translator, works in a Middle School, Yanzhou District , Jining City, Shandong Province, China. He can be contacted through his email- 3112362909@qq.com.

The Stars of The Dawn

When the sky gallops like the rivers
you stand in the street of the city on the world
look up at the sky and you could almost hear the singing of the stars
summoning you in the depths of space.
And the Heavens of the gods
are towering lofty cities like the mountains
on gold coast of time;
And on the mammoth ship of platinum
the rings of light twine around giant’s necks of men and women
their eyes are like the stars of the dawn.
2016.4.28

Only the Eternity is Equal to It

I am a singer from the heavens
my song is silent, only the soul can hear it.
Those ancient gods are the mountains behind me,
they gave me the flowers of millennium from paradise,
let my song mellow and sweet as the smile of the heavens;
let the face of time blush and lift the veil of death;
let the ancient earth reveal the true face of gold.
Oh, you’ll see another you,
as old as the sun, as young as the dawn
his kingdom is huge and only the eternity is equal to it.
4.04.2015

My Heaven is Inside My Body

My heaven is inside my body,
my heaven is a great many,
like stars in the night sky,
with silver towers,
huge edifices that look like apphires ,
golden palaces, gardens of crystal.
My body is bigger than the universe,
countless gods and angels are my partners,
as if they are countless myself.
Neither time nor life and death in my words
dawn and dusk are the same name,
and sadness and joy are the same words.
11.08.2020